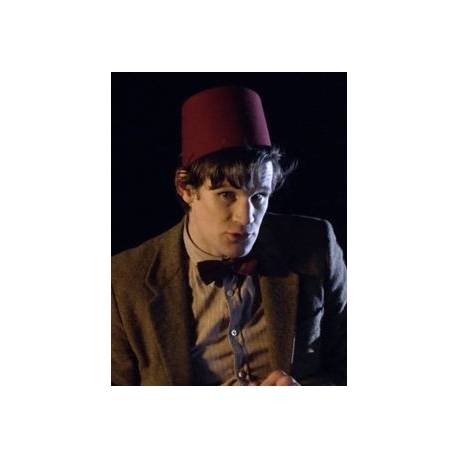 Initially a symbol of Ottoman modernity, the fez came to be seen as part of an "Oriental" cultural religious identity.

%100 Handmade and made of Velvet

In 1826 Sultan Mahmud II of the Ottoman Empire suppressed the Janissaries and began sweeping reforms of the military. His modernized military adopted Western style uniforms and, as hats, the fez with a cloth wrapped around it. In 1829 the Sultan ordered his civil officials to wear the plain fez, and also banned the wearing of turbans.[5] The intention was to coerce the populace at large to update to the fez, and the plan was successful. This was a radically egalitarian measure which replaced the elaborate sumptuary laws which signaled rank, religion, and occupation, allowing prosperous non-Muslims to express their wealth in competitions with Muslims, foreshadowing the Tanzimat reforms. Although tradesmen and artisans generally rejected the fez,[6] it became a symbol of modernity throughout the Near East, inspiring similar decrees in other nations (such as Iran in 1873).[5]

To meet escalating demand, skilled fez makers were induced to immigrate from North Africa to Istanbul, where factories were established in the neighborhood of Eyup. Styles soon multiplied, with nuances of shape, height, material, and hue competing in the market. The striking scarlet and merlot colors of the Fez were initially achieved through an extract of cornel. However, the invention of low-cost synthetic dyes soon shifted production of the hat to the factories of Strakonice, Czech Republic (then in the Austrian Empire).

The 1908 Austro-Hungarian annexation of Bosnia-Herzegovina resulted in a boycott of Austrian goods which became known as the “Fez Boycott” due to the near monopoly the Austrians then held on production of the hat. Although the hat survived, the year-long boycott brought the end of its universality in the Ottoman Empire as other styles became socially acceptable.[7]

Initially a symbol of Ottoman modernity, the fez over time came to be seen as part of an "Oriental" cultural identity. Seen as exotic and romantic in the west, it enjoyed a vogue as part of men's luxury smoking outfit in the United States and the UK in the decades surrounding the turn of the 20th century. The fez had become traditional to the point that Mustafa Kemal Atatürk banned it inTurkey in 1925 as part of his modernizing reforms.[8]

The fez was initially a brimless bonnet of red, white, or black with a turban woven around. Later the turban was eliminated, the bonnet shortened, and the color fixed to red. Praying while wearing a fez—instead of a hat with brim—was easier because Muslims put their foreheads on the ground many times during the prayer sessions.

Thank you for shopping!

10 other products in the same category: